A wet Sunday afternoon. The local Indonesian cultural event was a wash-out, so we were looking for some indoor fun. Friends had recommended the Toy Museum in Mechelen, so we headed over with our three kids and visiting friend. Our Technopolis season ticket got us a 50% discout here too, so we only ended up paying 17 Euro for three adults and two kids.

It’s a fairly unpreposessing building, but once you get up the stairs and into the exhibition space it really opens out and is packed with fascinating displays. So much, in fact, that I only have room here for a small selection of photos. You can see them all here.  It starts with 19th century dolls, which manage to be both inspirational in their elaborateness and attention to detail, as well as slightly creepy. I mean, look at this guy’s hair:

Even more creepy, this Neapolitan doll with a damaged eye looks like something out of a period horror film. The fact that these dolls were displayed behind a kind of wire mesh only served to reinforce the idea that they could come to life at any moment and lunge at you, drooling and moaning.

Around a corner things took a turn for the brighter and camper, as we discovered the endlessly amusing world of Barbie and Ken. Love the shorts.

This being Belgium there has to be a section dealing the colonies of the Dark Continent, and I was very taken with these South African dolls. Unfortunately the museum shop didn’t have any for sale.

I never owned a Viewmaster myself, but I remember trying them out every time I saw one in the local toy shop. Hours of fun, gazing at “3D” stills of Mork and Mindy.

The lego section has life-size replicas of Harry Potter and Hagrid, and R2D2 and Darth Vader (minus points for having given him a green lightsaber). And there was a bust of another children’s favourite: Belgian Prime Minister Elio Di Rupo.

After lego came various types of construction kit like Meccano, and this frighteningly austere and serious-looking set from Märklin.

Teddy bear land. Again, this is merely a detail. There were a lot of teddy bears.

I found this display revealing. Three different farm play sets from across the generations, and notice how much simpler, blockier and less detailed it gets.

Again, you can tell we’re in Belgium because the war toy section is dominated by an enormous recreation of the Battle of Waterloo.

On to the massive toy train section (by the way, Dad, we’re bringing you here when you come to visit next weekend). I liked these toy passengers.

And any time I see toy trains I immediately think of this sketch.

Board games, including the ever popular Double Entry Book-keeping Game.

Moving up to the third and final floor there was a temporary exhibition on toy fads through the ages, which had plenty of nostalgia hits for all. I used to have an Action Man, although he was never as laid back as this guy in the dinghy.

Simon! Ok, I never had one of these, but still.

As I said, this is only a taster of this vast and impressive collection, and I’d highly recommend it for anyone who was ever a child. I plan on going back without our little ones for a longer look some time soon.

Your opinion is important to us Cancel reply 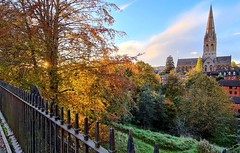 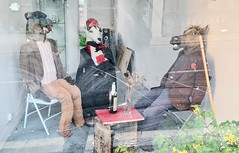